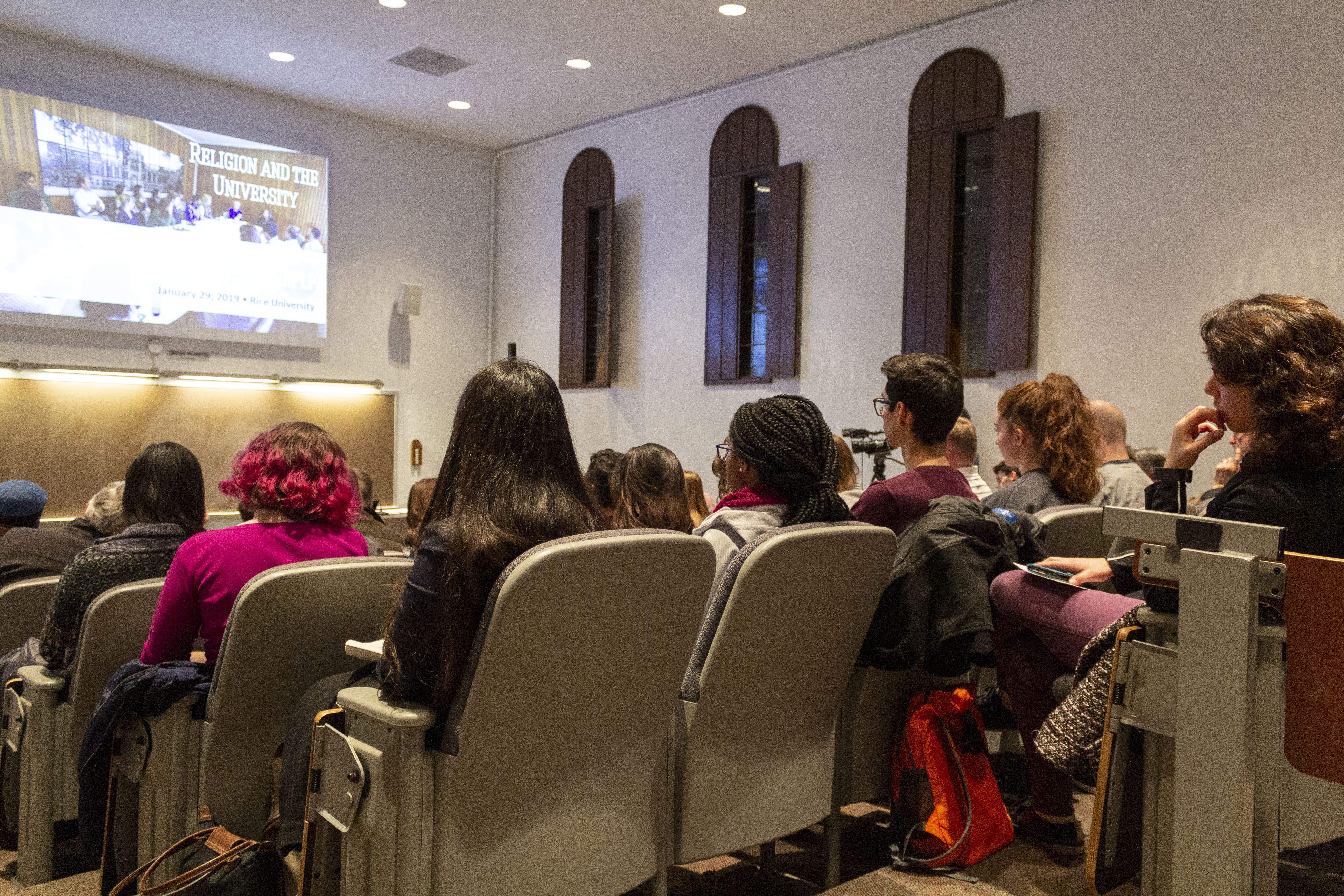 Students and faculty addressed religion in the context of the university at the “Religion and the University” event, which was co-sponsored by the Religion and Public Life Program and the Boniuk Council. RPLP fellows Elaine Howard Ecklund, Sharan Mehta, and Bob Thomson shared their own experiences on a panel moderated by Rice University senior Sophie D’Amico, co-president of the Boniuk Council. The panel examined how religion affects relationships between students and faculty, the classroom environment, and the climate of the university. According to Mehta, there is a potential for rich discussion, and faculty should not necessarily shy away from broaching the topic of religion. Ecklund agreed, and added that faculty should take care to direct the discussion so that students are comfortable and no one is marginalized. The panel also discussed research findings showing that while a conflict between science and religion is perceived, it is not inherent. Students should not worry that their professors will try to disprove or discredit their faith, said Thompson. The panel also directed the audience to consider the large part that religion plays in the identity of many students and faculty. According to the panelists, by avoiding the topic of religion, the notion that religion does not belong in the university persists.